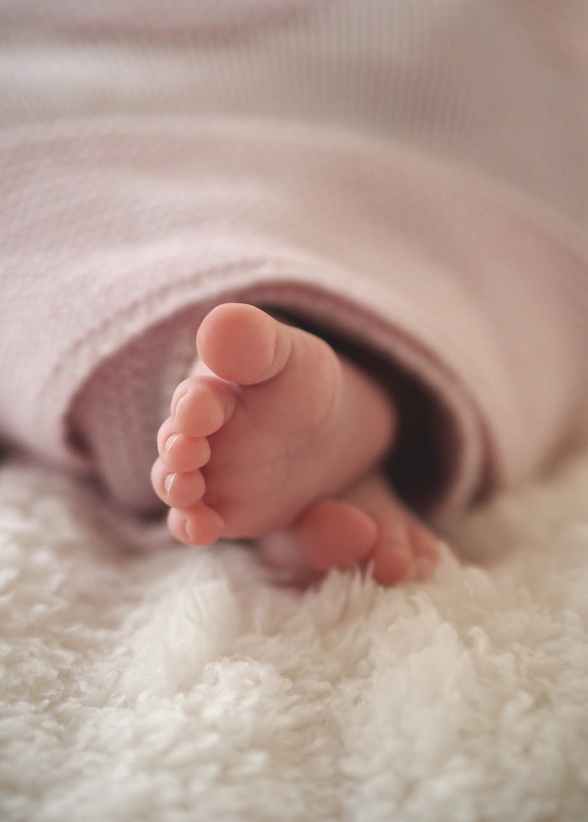 On August 1st, our little Beanie was born. As mentioned in previous posts, it was far from an easy pregnancy. My boys both had relatively uneventful and easy pregnancies and deliveries. Even the induction of the youngest boy was pretty easy. I was able to avoid the epidural, something that I avoided not because I wanted the bragging rights of natural childbirth but because the idea of a needle going into my spine was too much for me. I could only think about the things that could go wrong. Plus, I’m pretty unlucky and usually have bad reactions to medications. Which is why, as a general rule, I avoid taking anything when possible.

After a long induction process that started 3 hours after I was first admitted at 7 am, I was finally given the Pitocin to really start the induction at around 10-10:30 pm. I heard the contractions on Pitocin were going to be far worse than anything I had ever experienced before. I made it until about step 2 of doses before I realized that things were only going to get worse. It was semi-bearable, but it wasn’t going to be if things kept going this way. Finally, I was convinced by my support team that the epidural was going to be the right call.

After about 20 minutes, the anesthesiologist came in. I was sitting on the exercise ball in hopes that Beanie would get herself in the best position (she was backwards, causing back labor) and to help ease the pain. When being moved back to the bed by the awesome nurse (who really was my hero during the birth), my water broke. This is where I knew that there was going to be trouble. My first was born 45 minutes after my water broke. My 2nd, about 20-30 minutes. I mentioned this before, which was why I was being induced a week early. Between my age and the cord insert issue, no one wanted to risk me not being in the hospital when the time came.

To avoid getting into too much detail, my mother was kicked out while they administered the epidural. The medical team rushed into the room, but didn’t really understand that this baby was going to come before they were ready for her. And the anesthesiologist had just enough time to put in the catheter, only to have to pull it out because there was no time. Beanie made her appearance, and made sure that Daddy and Gramma would only hear her entrance into the world with those loud little lungs. A loud scream that she still has, in case you’re wondering.

The aftermath? My spine was bruised and swollen, though the bruising has finally started to fade. I have (still) some intermittent nerve pain. I had all of the negative side effects of getting this epidural without being able to enjoy the perks the medication was supposed to offer. But it was all 100% worth it for that little angel and for our family to become complete.

Going home was the best part. Seeing her brothers meet her was amazing. Having her oldest brother walk over to her and declare that he would do anything for her was the sweetest. Even having my wild child younger son seem as tame as he could muster was a sight to see. Plus, there’s nothing quite like the look of adoration between father and daughter. My boys are doting on her and she seems to enjoy their attention.