Yesterday went better than expected. Despite spending an hour trying to locate my current favorite quest in game (which was hotfixed during one of the few disconnects), the whole process went a lot smoother than I would have expected. Sure, there were some annoying bugs and getting booted offline 3 times in 4 hours. But it was playable, and that’s really more than WoW fans have come to know with this company. Their hamsters were spinning the wheels just fine last night. There were a lot of complaints, but honestly, has an xpac launch ever gone as smooth as this one?

Prior to the expansion, my guildmates asked me which zone they should be questing in. Of course if you have kept up with my blog on this, Drustvar got my vote. So far on live, it is just as amazing as it was on Beta and I couldn’t be more thrilled about that. The zone has this creepy Victorian vibe to it, probably what makes me love the zone the most. I think that the storyline is cohesive and immersive. Plus, a good portion of the zone reminds me of fall. I’m a New Englander that loves her fall.

My leveling plan is as followed: finish Drustvar, then do 2 war campaigns worth of quests. Then Tiragarde Sound, to see what they’ve added since Beta. I want to see the Jaina storyline play out. Stormsong is a pretty zone, but it wasn’t very interesting so that’s a last resort questing zone for me. Hopefully there are some great changes to make these zones better, but honestly I don’t have a lot of hope for that.

Today is a new day in the xpac. We’ll see what bugs await us and maybe get some instances in to try them out. My toon needs to get levelled quick so I can get back to my Overwatch Event. I say Blizzard should have waited until September to launch, that way us mega-fans of both games could enjoy the Summer Games before worrying about speed leveling through new content. Just a thought for next time. 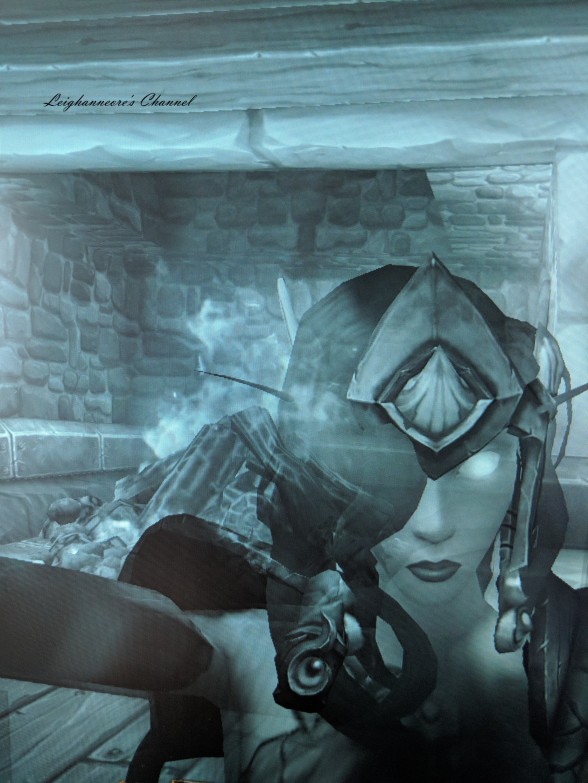 During the Overwatch League, I continually spent my Monday Gaming posts discussing the leagues, recapping the important/shocking/interesting details of the week. I should have dedicated more time for my love of Uber and Mr. X, Soe, Puckett, Reinforce, and Bren. But I focused on the game. Next season, I will mention them. Because they are awesome and deserve it. Also, Uprising should definitely keep Avast because despite not playing, he is a huge morale guy that needs to stay. Just saying.

However during this time, I lacked the ability in my one day of gaming posts to mention my other gaming loves. In this case, my hardcore love of WoW and leveling alts. I have been streaming my beta/alting experiences (though apparently I still can’t figure out how to get my mic to work), but haven’t been able to really delve into the current happenings of the game. Today is that day.

The War of Thorns event was one that I played through its entirety in one sitting on the beta. I didn’t have the cut scenes, but the core set of quests were there. It was haunting on the beta, even without the cut scenes. It really was. I couldn’t get the “Can you hear the screams?” out of my head for several days. When I did the play through on live, which was separated into 2 parts, I again was haunted by the same voice line. It sticks with you in the most beautifully tragic way. The cut scene/Warbringers video of Sylvanas was emotional. I felt angry. I had the same feeling of sadness as watching Ysera’s fate in Legion. I actually wanted to PvP to kill horde players for their part in this madness. I read the pre-xpac novel. I was already bothered by the path Sylvanas was taking. She was becoming the cruel leader that Garrosh was.

It’s sad that they keep doing these storylines where the horde leader is a villain. I hope that this finally leads to redemption for the horde, and I don’t even main horde. But there is a bigger issue with this pre-xpac event: it was long and drawn out. There was a lot of hype going into it. I even loved it playing on Beta, though the alliance side was heartbreaking trying to save all those people only to have the screen flash with “Quest Failed” on a quest that you were meant to fail. If they had released it all at once, I think it would have had a better impact. You would have been fully immersed in the event, rather than going “Oh, part one was meh” then having a strong reaction to the second part. Did they have no faith in their product so they had to disappoint before delivering? It was likely because they didn’t want a huge roll out in case of bugs, but guess what? It was a disastrous rollout anyways. Hold off the event in a different patch, then release the event in its entirety at once rather than 2 parts. I’m not a coder or game designer. I’m not sure if that’s how it works, but I’m pretty sure they could have separated the code for the stat squishes from the patch events. Again, no expert here so feel free to correct me if I’m wrong.

I hope the Battle for Lordaeron is more successful. I hope that the cut scenes are just as amazing. I hope that Zappiboi is the new Warchief, with the wise and honorable Saurfang as his advisor. I hope that the expansion delivers the hype better than the pre-xpac events did. Until then, I will be streaming on Twitch. You can also find the link on my sidebar. Feel free to follow me.