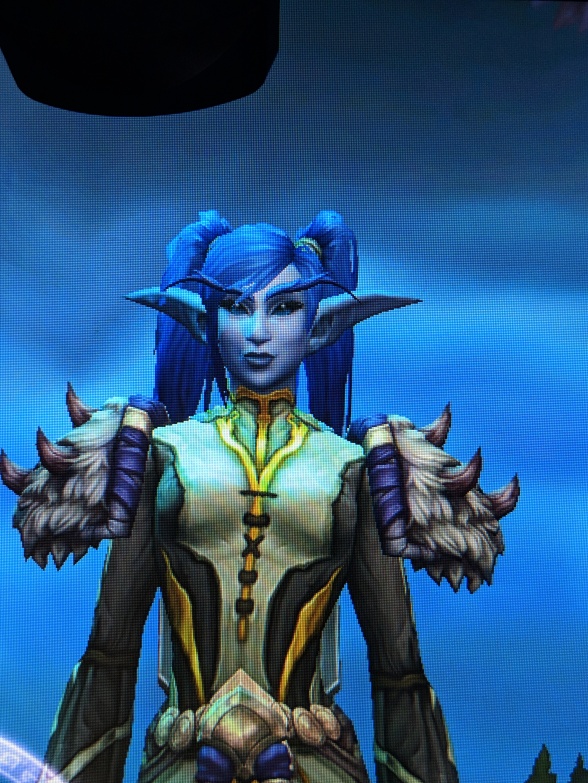 There may be some storyline spoilers. You have been warned.

I’m in the minority. I actually enjoy Battle for Azeroth. I like the prequel novel and the other stories that have set the stage for the new expansion, making me excited to see how the story goes. Does Sylvanas win? Will Saurfang take control of the Horde? Will Zappyboi end up as the new warchief? (Let’s be honest, they’ve done crazier things with the storyline so why not continue to fulfill everyone’s love for some random character in a cinematic who then becomes one of the heroes of the expansion?) Will we see (spoiler alert) a holy undead Calia reunited with her daughter? (Ok, so this may not have been confirmed officially yet.. but this is probably the case.) There is still so much story left to tell. This may not be my favorite expansion, but it is far from my least favorite. (Anyone who watches my stream knows just how much I complain about leveling in Warlords of Draenor.)

“Tides of Vengeance” is the first real big patch we have seen for Battle for Azeroth. It promised excitement. Some went in hesitant, since they felt so disappointed with the new expansion. Due to a busy schedule that tends to come around holiday season, I haven’t played too much of it to be a good judge. I really want to check out the new island expeditions, which I probably will check out later. But I did experience enough to say that I’m still pleased with the expansion. I’m someone who likes the grind. In fact, I suspect most people who played at a hardcore level back in Vanilla were originally hooked because of the grind. It was work. Yes, I had to grind up Zandalari Empire rep if I wanted to play that Zandalari troll I have only been talking about forever. Yes, I did that even after the gruesome grind to get my Dark Iron (which I immediately leveled up to 110.) To me, there are 1000 things to do. I have mounts I still need from this expansion and others. I have toons that still need their class mounts. I have things I can do to keep me occupied. Plus, you need that sub for WoW Classic anyways.

I liked the Battle for Darkshore. I liked the Alliance scenario with the Night Warrior transformation Tyrande went through. First of all, I applaud this expansion for finally bringing back Badass Jaina and Tyrande instead of the whinier versions in the last couple of expansions. (“Oooh my beloved. Where are youuu….?!”) I think this does exactly what people wanted: Take a group of people, who were once believed to be peaceful pacifists, commit mass genocide against them and show why everyone feared them to begin with. The Humans aren’t going to be the heroes of the Alliance in this expansion. The Little Lion King won’t lead them to victory; the vengeance in Tyrande’s and Malfurion’s hearts will. Plus, my Night Elf gets this really beautiful appearance as seen in the featured image. (Isn’t it great though?) I like the invasions because they offer a quick way to get gear for alts and people like me who haven’t spent a lot of time in raids. I like this patch.

I’m torn about what I’m most excited about as this expansion comes to a close. At first before I even saw the stunning images of the “Tides of Vengeance”, I was most excited about Calia potentially facing off against Sylvanas and becoming the new leader of the Forsaken. (Stranger things have happened.) Then I wanted to see her go the way of Garrosh, with Saurfang becoming the leader of the Horde. Now, I want to watch Tyrande as she makes the world burn in starfire while she avenges her people and her home.

Did “Tides of Vengeance” do enough? There’s still more left to go, but I’m personally very pleased with it. It might not fix all of the problems that people have had but I think it makes up for a lot of that. There’s still more patches to go and this game is always evolving. That’s why we still play it though.

Can't wait to stream with this bad boy tomorrow. Starting stream late tomorrow but here's to no more squeaky chair and actual back support.
It has begun.
Channeling my inner NotE.
It's here!!!
Our Texas doggo still gets cold this time of year.
It has begun... Outline time while watching the Patriots. Lefty power.