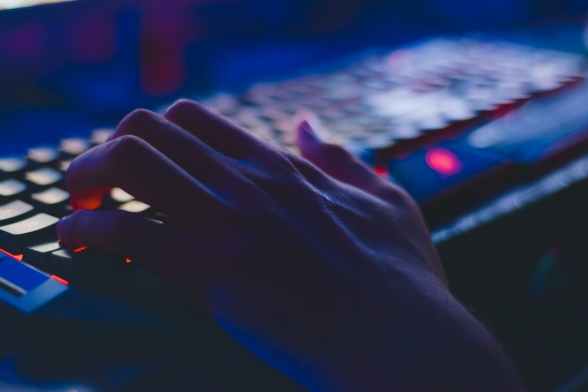 Gaming Monday is back now that Overwatch League is back for its 4th season. (Yay!) This season has already kicked off with so much excitement, even if my favorite team the Boston Uprising won’t make their 4th season debut until next weekend. (Sad.) But, that doesn’t mean that there wasn’t anything worth watching this weekend.

First of all, this new digital format is amazing. I was skeptical at first because last year it didn’t quite seem as impressive as it does this year. The production team killed it. From the way that they make it look like the casters and analysts are together in one space to the addition of the face cams during game play (more on this later), this feels like a cohesive and well-done setup. I’d also like to mention the 4K broadcast. Because at first I was like “Why is that even necessary?”, but then I had it and I don’t think I ever want to go back.

The biggest stories that I think should be mentioned of the weekend is the Houston Outlaws, who went 2-0 this weekend despite a very shaky and disappointing season last year. The new additions, especially JJANGGU and Happy, were really able to shine. The JJANGGU and Piggy tank duo were great. These new additions really let Hydration and Danteh shine more than ever, which showed us a fantastic team that all fans can be excited about. Plus, putting JAKE out there on Brig for Dorado was actually quite beautiful.

Now the real story with them was the way that they took down the San Francisco Shock in an exhilarating 6th map. (Those sneaky JJANGGU shatters were on fire.) Though, I would like to mention the earth shatter that shook Super’s world, which was made even better by watching Super’s reaction on the face camera. Seeing Striker take the loss so hard stung a little, but I was rooting for the underdogs to do well this weekend. And they more than delivered on that.

The main story of the weekend is the fact that no one knows what’s going to happen. Houston beating the Shock? Insane. It was a meme pick by the desk and it happened. Chengdu taking 3-0 over Shanghai? Insane. This is likely going to be the best season of Overwatch League to this point. And I can’t wait.

What do I hope for next weekend? I hope that Boston can prove that maybe scrimbucks do matter after all and our new team can come together as strongly as they have so far in the unofficial preseason tournaments. While SoOn was a great piece to have during those tournaments and it really sucks that he won’t be a part of the team for the rest of the season, our new additions and our veteran players are a solid squad this season. I hope that I don’t regret my optimism with them.