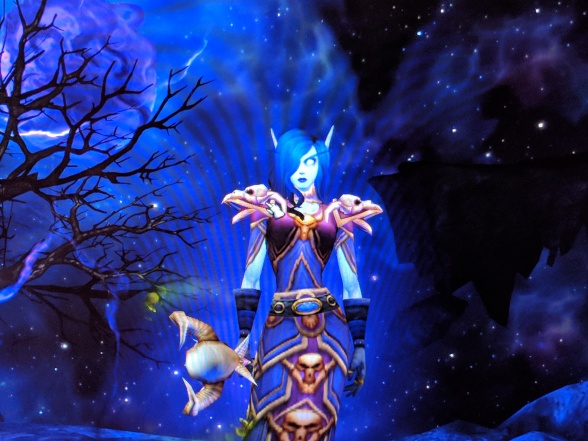 World of Warcraft’s latest expansion is out for pre-order, but much like every other time there are excellent incentives to ordering it before its release. In this case, you get access to 4 of the 6 allied races: the Void Elves, Highmountain Tauren, the Lightforged Draenei, and the Nightborne. The last two allied races, the Dark Iron Dwarves and the Zandalari Trolls, have yet to be released but it will be interesting to see how these former foes in the story’s lore decide to join the Alliance and Horde.

I was most excited that once again, Blizzard listened to my hopes and dreams despite everyone telling me it was never going to happen. In Burning Crusade, I wanted to be a demon hunter. For ages prior to Mists of Pandaria, I wanted to play a Pandaren. These were my goals and dreams. When Pandarens were announced, I squealed with excitement and immediately rubbed it in everyone’s faces. When demon hunters were finally released, I did the same. I have no grace. I like to be right. I like to get what I want. And I did. The Pandarens were pretty disappointing though, but the demon hunters were everything that I dreamed they would be.

The minute I got to Suramar and saw the Nightfallen, I wanted to be one. I would do anything to play that race. They were awesome. I kept telling everyone that they should be a playable race. Now they are. But, instead of waiting for the expac to be released and disappointed, I can indulge my wishes now. The minute that I could afford to purchase it, I did. Then I started the time sink to create these characters. Here is my takeaway from it.

The story for the Lightforged Draenei was neat. I enjoyed that questline to unlock them. The Void Elf story was interesting, a little longer than the Lightforged in my opinion, but it was still decent. One of my favorite quests was the Nightborne one, not just because it was quick and simple but because it was pretty interesting as well. The Highmountain Tauren quest to unlock the race was much like the quests in Highmountain: long, time-consuming, and really not worth the reward at the end of everything. It made me remember why with every other alt, I never went to that zone to level up. 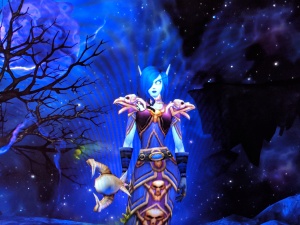 My first choice to level was ultimately my Void Elf. I am leveling as a shadow priest, my 3rd shadow priest. I thought a priest was the best fit for her and thought her shadowform would be even cooler. I was right. I may even main swap her, giving up my main that I have had since the beginning. The leveling is a slow grind, but I enjoy the menial work. What I like so far is how OP Void Eruption is at a low level. You could pull as many mobs as you can and it will instakill any that you have dotted up. It’s insane. I love it. Her racials seem so/so. The Spacial Rift ability reminds me of Moira’s Fade ability. Preternatural Calm is also quite nice, since is prevents the casting delay when getting attacked. Entropic Embrace (bonus to shadow damage and healing) also seems pretty powerful at lower levels as well. However, I have no real use for more void storage, so getting a discount on this doesn’t really impact my life. After my void elf, I will move onto my Nightborne which I am really excited about trying out.

Once you unlock these characters (which requires some achievements in addition to the questline), as long as you have a level 110 on the server you can create your new character. They start off as a level 20, but leveling these days is quick enough. It is still tedious until you get flying, which they should give us veterans the ability to do imo. You probably have plenty of time to get these characters leveled and geared up by the time the game is actually released, so happy hunting!